No Such Thing as Too Long, Only Too Boring - SubscribeMe.fm 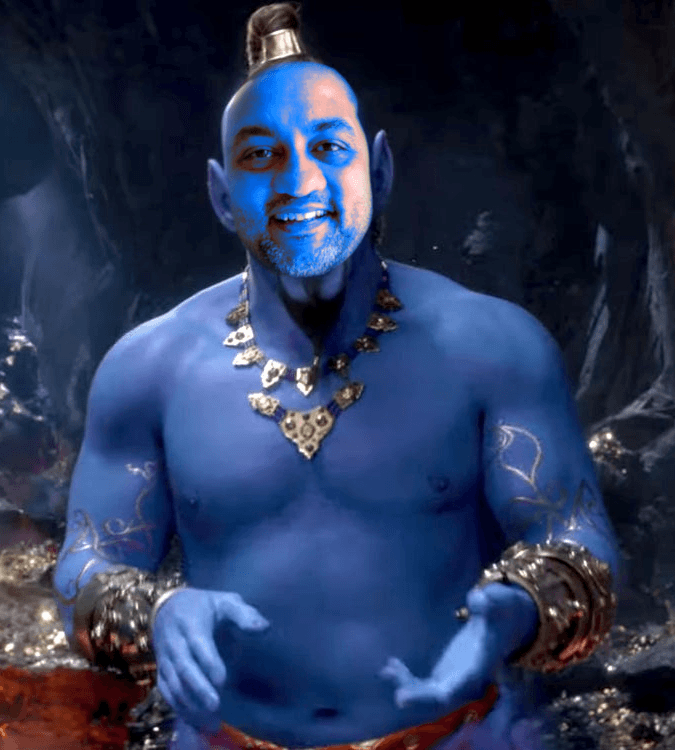 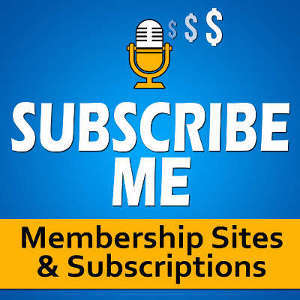 (listen to the article below via the player above)

I have one simple answer to this:

No such thing as "too long", only "too boring".

As much as I would love to take credit for that statement, it's not mine, and I don't know who originally said it.

That is such a fantastic approach, it could easily apply to a lot of things, especially media.

The movie "The Godfather" is arguably one of the greatest movies ever made, and also one of my favorites (I have a full list here). A few years ago, my wife Veena (co-founder and co-developer of DAP) and I watched the first two Godfather movies on Amazon, a few days apart. I had watched it when I was much younger, but wanted to watch it with her again.

The Godfather 1 was 2h 58m long. It was absolutely mesmerizing. And the crazy thing is, we only noticed that after The Godfather 2 had ended, and we paused the video player, and we sat there in silence, hung over (in a good, non-alcoholic way) from the impact of the movie. And the splash screen came up, which was when we realized that The Godfather 2 was a whopping 3h 22min long!

Lord of the Rings (LOTR) Part 1: 2h 58m. The combined running time of all LOTR movies: a whopping 9.2 hours! And that was not even including the Hobbit series. I remember watching the Fellowship of the Ring (Part 1) in the early 2000's. I had just arrived from India quite months earlier. I had never heard of the book - I doubt many people in India had. And I remember, at the end of the movie, the credits started rolling and the lights came on, and I was absolutely sitting there in shock that the movie had actually ended. I had not realized that I had just sat there for almost 3 hours, and I thought that the best part was just getting started, as the fellowship formed and they started their journey. I not only had not sat there for 3 hours, but I was actually kind of upset that they ended it so “abruptly”.

On the other hand, I have also seen some really terrible movies, many of which I have stopped watching after about 15-20 minutes hour, and then some I have endured for a full hour and a half only because I was in a theatre with my family eating popcorn, and didn't have the heart to ruin everyone's evening. I have walked out after watching a movie thinking, oh boy, there goes 2 hours of my life that I will never get back. I would have probably paid five times as much just to erase that movie completely from my memory and get back that time.

I have been to live, in-person seminars where the speaker was on stage for 3 hours, and I have had to hold my pee so badly, because I didn't want to miss a second of the presentation. And then there were presentations, where 10 minutes in, I got up and left the room because the speaker was there only to pitch their own products, or is as interesting as watching paint dry.

One of the most popular and most downloaded podcasts is Dan Carlin's Hardcore History, where the average episode is about 4 hours long - that's each episode! And he gets millions of downloads a month. Yet, there are many under-20 minute podcasts that promise to deliver a lot of content quickly, but I have unsubscribed from those shows after listening to just a few episodes. Because either their intro was way too long, too much unrelated small talk and banter, appearing disorganized and fumbling and bumbling for ideas to talk about, appearance of making it all up on the fly because the hosts couldn't be bothered to prepare for 10 minutes in advance, too many ads right up-front (sometimes up to 5 minutes), poor audio, or worse, terrible audio.

One of the podcasts by a famous internet marketer and his partner, was so bad in the beginning, that it sounded like one of them was recording it from the toilet (they were using a condenser mic - uggh!). And I also remember unsubscribing because the podcast was releasing episodes 7 days a week, and I just couldn't keep up! And I started deleting them, and then I couldn't delete them fast enough because they just kept coming and coming.

Let's say you love Pizza. So you order it Monday evening watching the game. Then in the evening, there's leftovers, so you have more pizza. Then when you wake up, your significant other says, there's so much pizza, let's have it for breakfast. For lunch, the same thing - more pizza. And then for dinner, they order a fresh pie from the same pizza place. Just about that point, you're probably ready to throw up if someone even mentioned the word pizza. That's what happens when there's too much of a good thing, thrown fast and furious at you.

Same thing when it comes to blogging: Seth Godin writes the smartest, shortest blog posts that'll leave you doing a double-take on the depth of what he wrote. And on the flip side, I also love the extremely long and detailed posts by Neil Patel. I love his blog posts and I'm sure people, including me, wonder, why not take this massively humongous insanely awesome blog post and create a book out of it. But no, he actually publishes all that amazing content as one massive blog post (it’s been nicknamed as a “Skyscraper Post”) that gets him millions of visitors a year, and was the launching pad that turned him into an internet marketing celebrity many years ago (Hint: SEO > Kindle books & reports).

Let's take YouTube videos - most amateur how-to videos are incredibly boring, because there's usually not enough lighting, bad sound, loud thumping noises as the person is typing or showing something, extremely long gaps between transitions or thoughts, way too much set up time, showing way too much time moving the mouse around the screen and clicking and typing up long descriptions and titles and so on, especially with screencast videos, almost ZERO editing to remove all of the fluff out.  The creator is just rambling along randomly, making up thoughts and words on the fly, without any agenda or point, and then not removing any of it, which would make the video way more interesting. And the video doesn't even have to necessarily be long for me to exit after 20 seconds. I don't care how long the video is if it's interesting and giving me “value” (something that everyone has to define for themselves, as to what that is for them).

It’s the same thing when it comes to online webinars as well. Most webinars suck, because first, a lot of them pretend like it's a live webinar, when there are a hundred different tells that it's just a stupid pre-recorded video trick, there's all the fake "alright guys, let's get some feedback here. Type in to the comments box if you are foolish enough to not know that all these names on the side are fake made up names with your name at the top, to make you think that you are on a live call with 50 other people, most of them with their first and last names neatly spelled, with the first letters capitalized, because they're all such awesome folks".

Then there's the obligatory "Let me show you a few amazing pictures of me with my kids and spouse and dog, and then the income report screenshots, and me telling you how much money I made last month without ever telling how much I spent to make that money.” And the numbers are always perfectly random, like "How I made $17, 536.55", you know, because if you didn't say a perfectly nice and round number, no one would know that you're BS'ing, right? Yeah, you get my point.

So, let me repeat that awesome quote again: "There's no such thing as too long, only too boring".

Ultimately, it all comes down to how awesome your content is.

There’s this famous quote, that has been strangely attributed to a number of different people, like Mark Twain, George Bernard Shaw, Voltaire, Johann Wolfgang von Goethe, Winston Churchill, Pliny the Younger, Cato, Cicero, Bill Clinton, and Benjamin Franklin. But a lot of online research seems to agree, that it was indeed the French mathematician and philosopher, Blaise Pascal, who once ended a letter that he wrote, with this sentence:

"I have made this longer than usual because I have not had time to make it shorter."

You almost always have to put in more time to make something shorter – whether it’s a podcast, live video, or a movie. It's a lot easier to just wing the whole thing and keep recording and hit publish as soon as you stop the recording. I know a lot of podcasters and marketers who do exactly that with their podcasts or video shows. No editing, no optimizing, “good enough” lighting, “OK” audio, barely any preparation.

They just think they're doing their listeners or viewers a favor simply by hitting publish, because their excuse is, hey, at least I'm able to get this out the door as is, because if I were to edit it, I would never be able to publish it.

Well, that's just lazy, and disrespectful of my time, in my humble opinion. There are certain things for which it's better to just ship it, like Seth Godin says, than sit on it and dilly dally and never put it out there. But most audio and video are not among them. It's just plain disrespectful of your audience's time if you take content worth 10 minutes and stretch it out for 30 minutes, just because you could not be bothered to plan in advance and take a few minutes to get your audio and lighting correct.

And at the same time, just because it's short doesn't mean it’s worse, or that it's to-the-point, either.

Length doesn’t matter - what truly matters is the substance in your content, and how quickly and in the shortest time possible you're delivering education, empathy, emotions and/or entertainment.

17 Marketing & Business Secrets You Can Learn From Hollywood 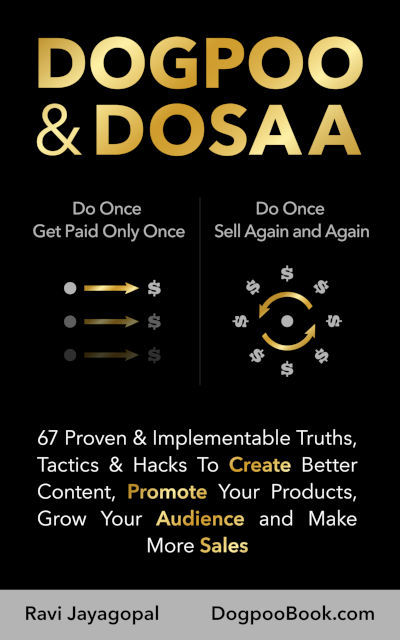 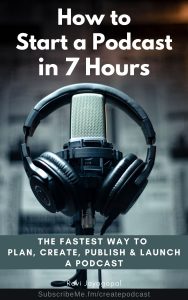